Congratulations to the Wrag Barn Juniors who celebrated a successful season of hard work and commitment by winning the Wiltshire Junior League and Wiltshire Junior Knockout Cup.
They are an awesome team and the support network of Junior Organisers – Alan Kavanagh and Brian Drane, the parents and coaches have witnessed some amazing achievements.
The road to winning the trophies wasn’t smooth and Alan Kavanagh has written the following account:


Wiltshire Cup
Wrag Barn played 3 rounds on the way to winning the Wiltshire Cup, our first match of the season was a win over Broome 2-1 which set the season up nicely. Wins for James White and Riley Banks. A very tough Semi Final victory over Chippenham saw Riley come from behind to grab a half before Jarvis won the playoff hole setting up the final against High Post. The match was played at Marlborough a neutral venue. It had all the drama you would expect from a cup final. Louis went out first and played solid winning his match on the 16th 4&2, next up was James White who had a ding dong battle with Jude (Highpost) which was all Fairways, greens and birdie putts, unfortunately James lost 2&1 playing great golf, this meant the last match was the decider, James Biggs was having his own battle giving away 13 shots the highest of the team, after a tough front 9 James turned his match around and as he stood on 16 he was 2 up, at this stage he didn’t know the match was 1-1 and it was down to him, a solid 3 wood down 16 and a wedge to the middle of the green followed by a single putt for a birdie secured the match 3&2 and the team win 2-1. Cool and Calm under pressure.

Wiltshire League
We played 5 matches and took 4.5 points from a max of 5, with victories over Chippenham, Broome Manor, Manor House and Cumberwell and a half with North Wilts, lots of juniors had an opportunity to play in a great season with a mix of experience and some debutants. Two Junior performances stood out James White our captain and Jake Kavanagh won 5 out of 5 matches.

So in summary; a really outstanding performance from the squad and of course lots of thanks to parents, helps, the club and our Pros. 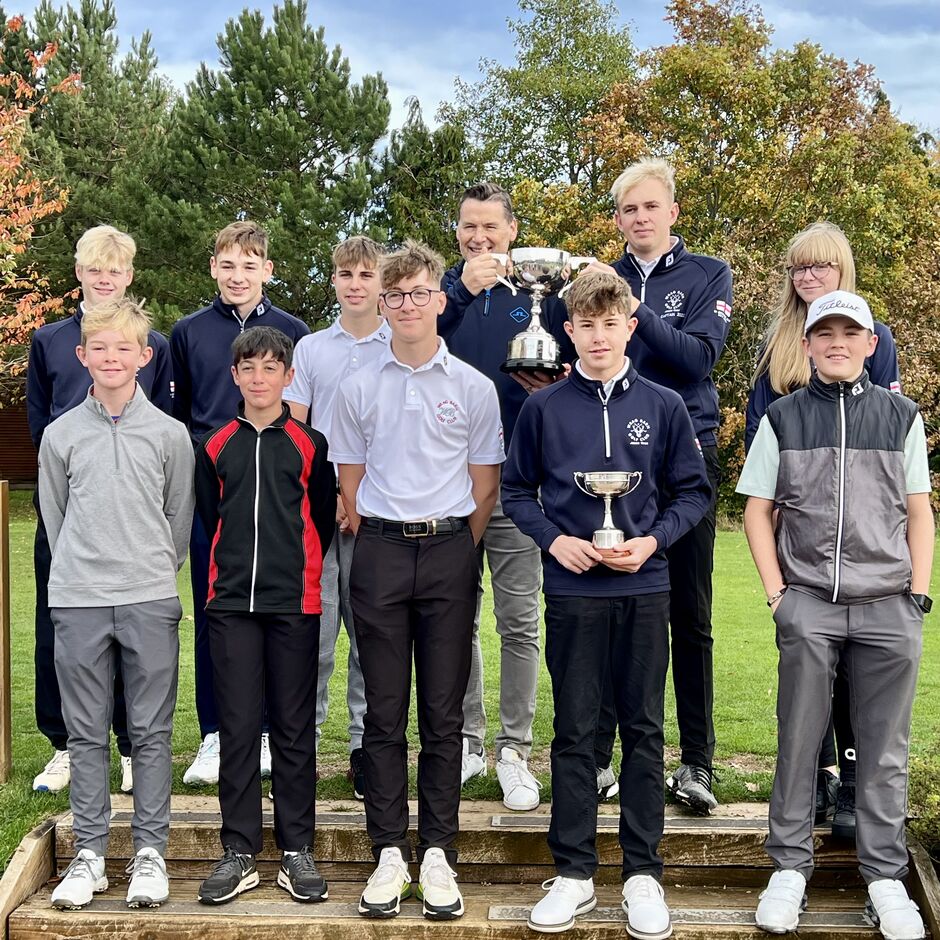