Are We Nearly There Yet?

This lockdown has felt like a long car journey which never seems to end; the weather is pretty rubbish and the nights are long. BUT the silver lining is that the green keepers and Tim have been able to concentrate on drainage and bunker reshaping without getting in anyone’s way. Some areas of the course which traditionally have been soggy are so much better; others will need more work, for example the 15th which will probably have some sand slits added – there was one fairway which made Nobby scratch his head as; initially it was better and then it was worse! I think the phrase is ‘work in progress’.

The other news is that we’ve had the main car park covered in tarmac during this lockdown. We were awarded a grant from England Golf for the purpose of improving disabled access and having started the project which involved a small tarmac strip by the proshop we decided to add the money from the building option and had a conversation with ‘Robin de Bank’ which means that the pot holed and grubby gravel has been replaced. The main drive will have to be upgraded to an adoptive standard if and when the building goes ahead and the overflow has been extended but won’t be resurfaced for the time being.

Meanwhile, in the Spike Bar Chris Manners and his head chef Andy Holland have been working with the Food and Beverage team on some menu development for a ‘Winter Covid Menu’, it’s still quite bread orientated, but this means it could be eaten outside if the government imposes this restriction. Have a look on Facebook or Instagram for pictures  - of course the proof is in the eating.

We’ve just heard that golf can resume from 2nd December, which tier we will be in is unknown but we’ll keep in touch via the app – won’t it be wonderful to shift these diggers from the 1st tee and replace them with golfers?  Not forgetting the Christmas jumpers.

Look forward to seeing you 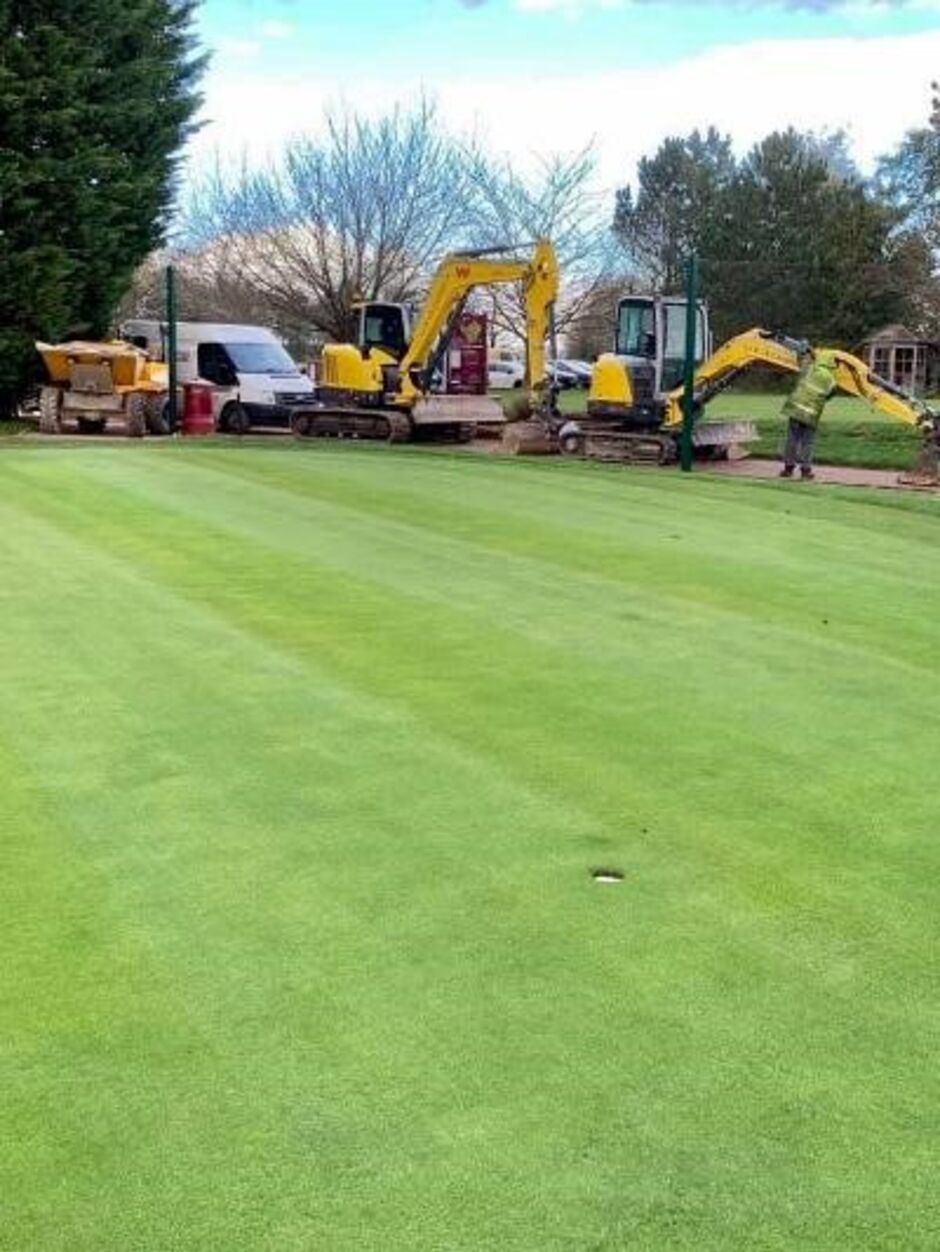