It felt very early on Sunday morning for the Captain’s Drive as 140 golfers arrived for a bacon roll and 8 o’clock shot gun start. After a week of rain the conditions weren’t ideal, but it didn’t stop a number of teams from posting some amazing scores.

Our new Club Captain, Dave McGrory, presented the prizes to those that won nearest the pin, the team that came second and then became rather bashful as it became apparent that the team of new Captains had won the top prize.

Congratulations to the winning team. 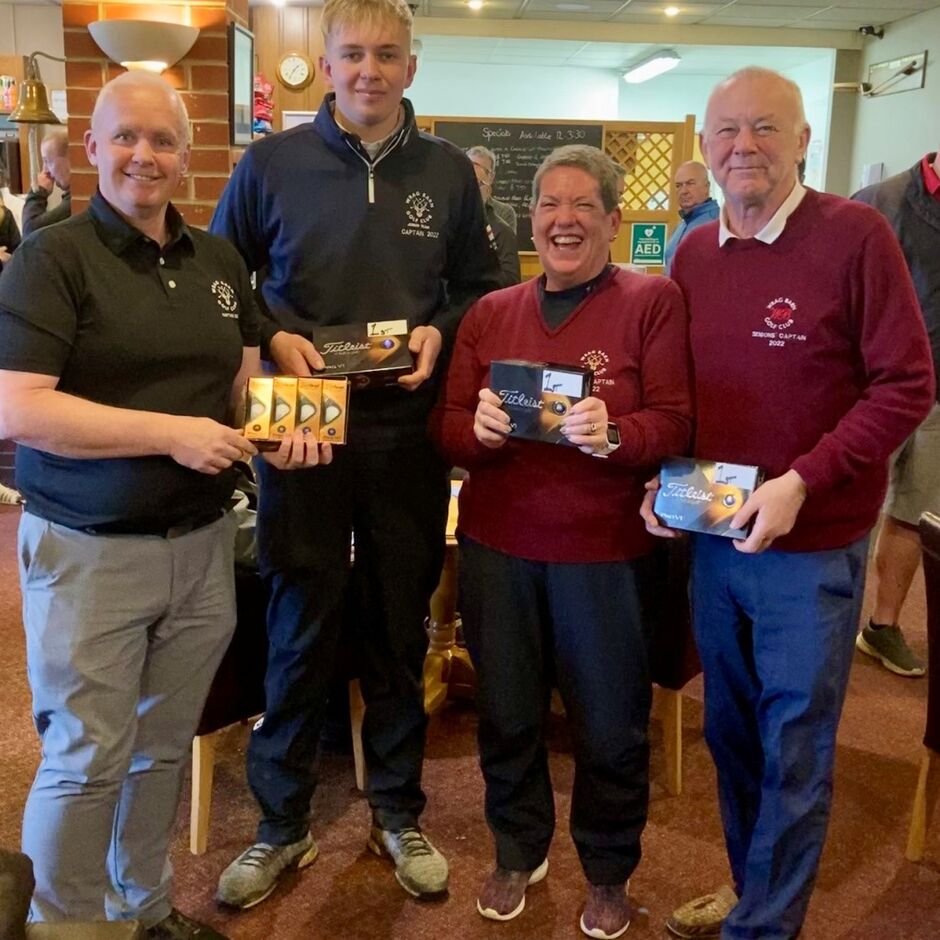