Junior Week 2022 at Wrag Barn was a 9 day marathon; starting with a competition between the Captain James White and Vice Captain Ollie Webb and ending with the hard fought needle match between the Men and the Juniors – this year the result was an honourable half and which is the closest score since 2009.

The week combined a mix of tuition and competition, often with the Juniors playing with different sections of the club and there were some amazing results.

Halfway through the week we had a visit from Tom and Dom from Performance54 who took photos and video footage for an England Golf membership campaign.

Thank you to everyone who tolerated the disruption performed for the camera and played some amazing golf so that a huge amount of footage could be collected in a relatively short time.

Andy and Riley Banks played an ‘in the rough’ challenge- you couldn’t hit your ball onto the fairway. An easier challenge for some than others and as always, they demonstrate how much fun golf can be.

Thank you to everyone who makes it happen, in particular Alan Kavanagh and Brian Drane who lead the way, all the parents who drive/spot balls/encourage and our golf  pros and staff who impart their knowledge and keep everyone fed and watered.

Presentation Night for our Juniors celebrates the achievements of a group of awesome individuals. Some win, others support and the atmosphere at the end of the week is heartwarming. 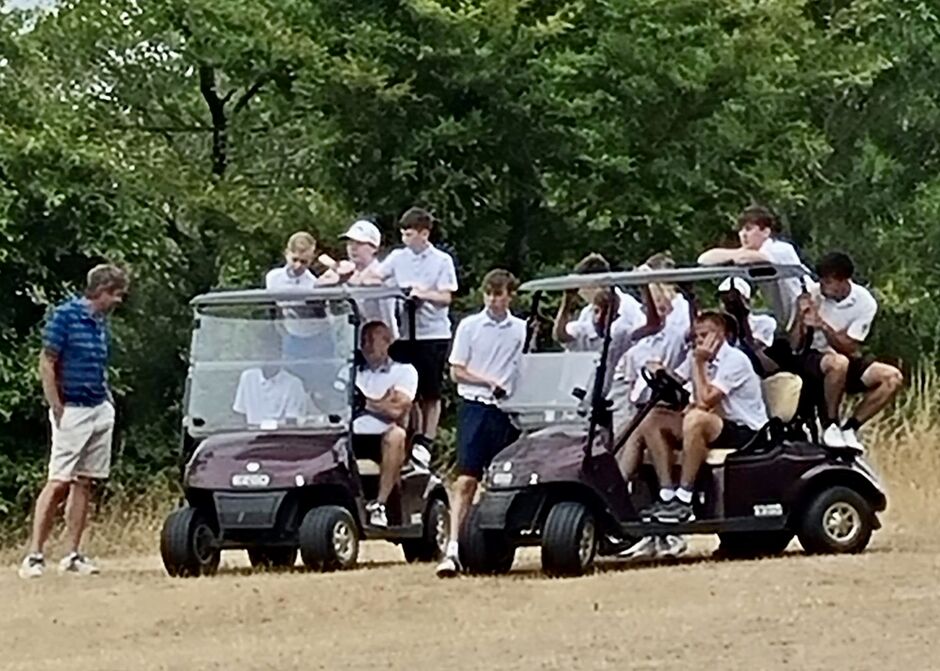