The ball was running in the summer conditions and the Air Tattoo at RAF Fairford was in 'top gear', on Captain Dave McGrory's special day at Wrag Barn. The Red Arrows came and waved as they flew by which caused a flutter and added to the excitement and fun of a perfect summer's day.

The Air Tattoo might have had a visit from Tim Peake and Tom Cruise, but we had our own celebrities in the form of The Spice Girls in triplicate, Abba - the real thing, not avatars and the crew of Coconut Airways cancelled all their flights at the last minute to play golf which was a much better option. The Wham campaign to Choose life made an appearance and The Police arrived to make sure that we all had fun - not forgetting the Pink Ladies who looked gorgeous.

After 18 holes, a quiz and just a sip of beer or prosecco, it was a relief to watch a Trick Shot display from Paul Barrington - not as easy as it looks as some discovered......

On to the prizes:

The winners of the 18 hole competition were:

An impromptu 9 holeTexas Scramble in the afternoon was won by Jack Bright and his team, making 8 birdies and 1 eagle

Thank you Captain Dave for an awesome day - and you still had the energy to be the last man standing on the dance floor at the end of the night. 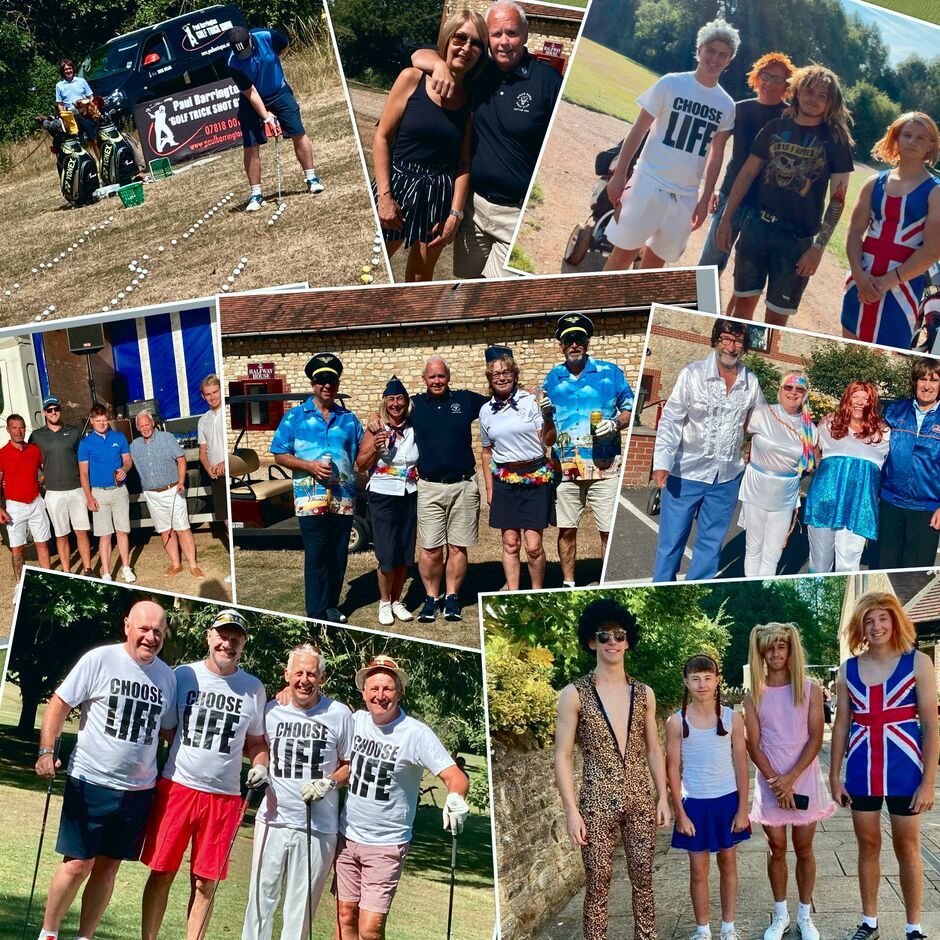