Club Captain Andy Walsham’s report from Junior Week
.........And so to the end of July invasion by the juniors and the cadets, Junior week. Over the last week Alan Kavanagh and Brain Drane together with their band of parent helpers have organised a great festival of golf for our junior section and cadets. The cadets have a fun programme packed with fun events on the academy course and the main course. The juniors have events in which they play with the Seniors and the Ladies, they face our elite friendly team and they play a series of medal and stableford comps culminating in the Junior Championships played over 36 holes. Junior champion this year was Ollie Webb with a gross 152 over the two rounds in difficult conditions. Two wins on the bounce for Master Webb although I suspect he’ll face some tough competion next year. Three events to mention: Saturday of Junior week sees the annual men versus junior match. Our band of 20 guys rock up from the working the full week to face the team of juniors who have played and been coached for the whole week. This match has been played since 1992. The men have recorded three victories and a few draws over time, but it’s now over a decade since we tasted victory. Last year we pushed them close (only losing 7-4). This year- not quite as good, a loss 7½ to 2½. Two matches of note. First, leading the team in style The President and Club Captain managed a solid win over the junior Captain Jarvis Bell and partner Reuben. This was followed up by our second pairing Ivor Whinney and Scott Talbert who were well and truly Caresh’d. Future Captain Ash Green is still getting over his match against Summer Caresh two years ago. I suspect that Ivor and Scott will suffer for just as long. Younger sister Alecia, supported by Junior Champ Ollie took our boys to the cleaners. Five down after six holes, it didn’t end well. For our men’s team our annual defeat against the Juniors is a highlight of the year. The last day of Junior week saw a special event in memory of Niall McDiarmid, father of Louis, who passed away too early a few months ago. Richard Ward brought back his band of old juniors to take on the current crop of talent. The old juniors conquered all in their time and included pros, Wiltshire County stars, Men’s and Club Champs. They were bullish before the match. Defeated at the end! Congratulations to our current juniors. You beat them. Not so easy is it Mr Ward! Junior week ends with a celebration Dinner and a lot of prizes. Mike Bowes and I donned our colourful jackets to spoil a lot of photos for the cadets and juniors. The juniors and cadets dress up and have a fabulous time. Jarvis Bell, junior Captain, delivered a great speech full of thanks and with some excellent comic timing. The evening was organised by Alan Kavanagh and Brian Drane. Both did a fabulous job. After years of success with Richard Ward I suspect our junior and cadet section is once again in safe hands.
Andy Walsham Club Captain 2020 & 2021
August 2021 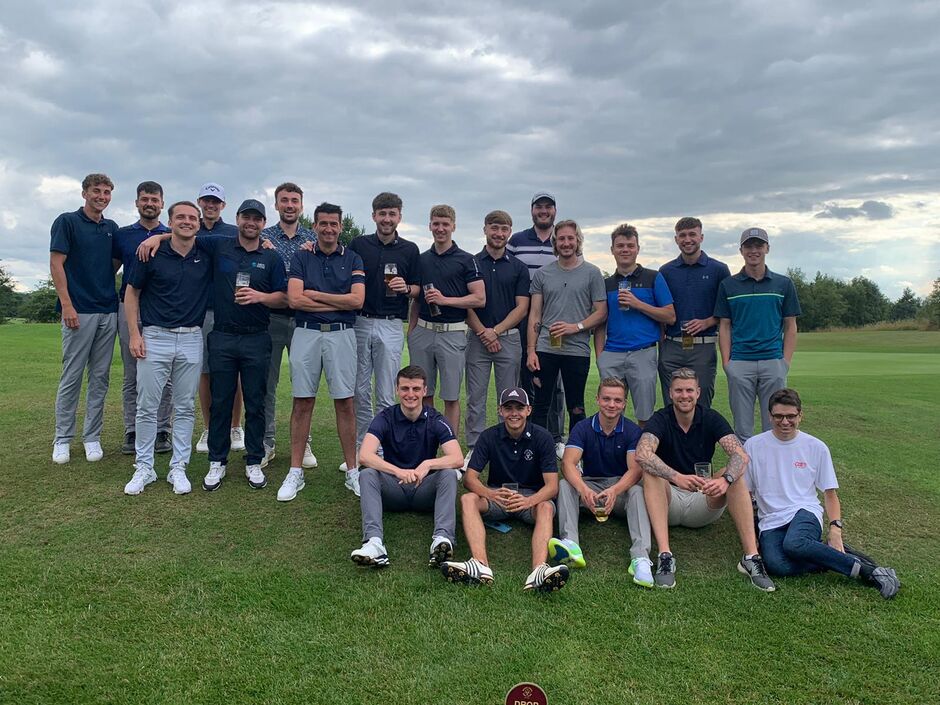