One of the highlights in the calendar at Wrag Barn is Junior week, when priority on the course and practice facilities is given to our Juniors for a packed program of competitions and coaching sessions.

This year was no exception and the week started with a fun competition played with the Seniors; on Tuesday the Ladies played with the Cadets and even though we had to come off the course briefly for a thunder storm there were some good scores. The weather was pretty sketchy but despite a few broken umbrellas the competitions continued all week and some personal best scores achieved.

It’s always dangerous to pick out particular achievements, but Ruben Chauhan Drane won the Rody Cup, Toby Trophy and the Roberts Malham Trophy – needless to say his handicap has come down considerably.

The Junior Championship sponsored by Webbs Wood was won by Ollie Webb who managed to card consecutive scores of 76 & 76 over 36 holes in tough weather conditions courtesy of the tail end of a named storm.

Thursday saw the return of a ‘home grown’ Junior who has turned professional and Matt Mumford gave a talk about the importance of your mental approach to the game and how to stay patient. He gave tips on how to introduce fun into practice by doing good drills and responding to questions came up with a few facts; such as the most inspiring golfer he ever met – Darren Clarke; the number of times he’s had a hole in one – 6 and his best ever round at Wrag Barn was 61 which was not in a competition but he still holds the course record with 66. Finally he gave credit to Rich Scarrott our Teaching Professional as both a player and a coach.  Rich also started his golfing career as a Junior at Wrag Barn.

Junior Week is run by volunteers from the club and huge thanks to everyone who generously gives their time and especially to Alan Kavanagh and Brian Drane who lead the way. 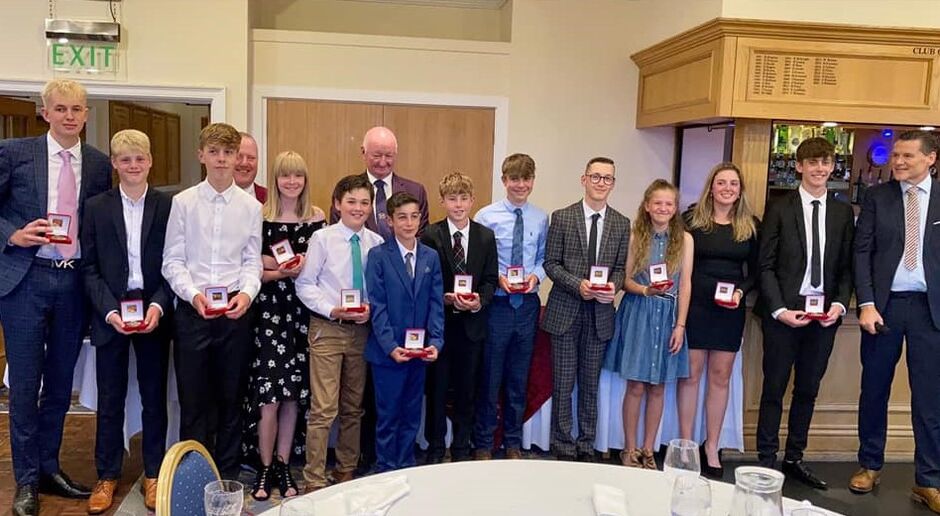