The weather was fine and the greens were true for the Men’s Championships on the weekend of 28th/29th May at Wrag Barn. The field of 120 golfers set off on Saturday morning and the overnight leaders were; Matt Simpkins on 73, winning on count back against defending Men’s Champion Tony Keyes and Club Champion Josh Loughery. In the nett competition Liam Collins was in the lead with nett 66 and he qualified to play in the Srixon Amateur Championship at the Belfrey on Tuesday 27th September – congratulations Liam.

The second round on Sunday told a different story and the putts dropped for Josh Loughery who shot 68 making his score 141 after 2 rounds. Kai Jordan was in second place with 148 and Tony Keyes was third with 152. The nett competition was won by Kai Jordan with nett 142 and Matt Packer was second with nett 143.

The Men’s committee took the opportunity to present our retiring Chief Marshal Mike Summers with a token of our appreciation for all his hard work and endeavour with organising marshals for our big events and ensuring that play was conducted with a safe code of conduct every time lock down was lifted during the pandemic.

Thank you to everyone who took part and to the team of volunteers who run the competition with our General Manager Tracey Lee. 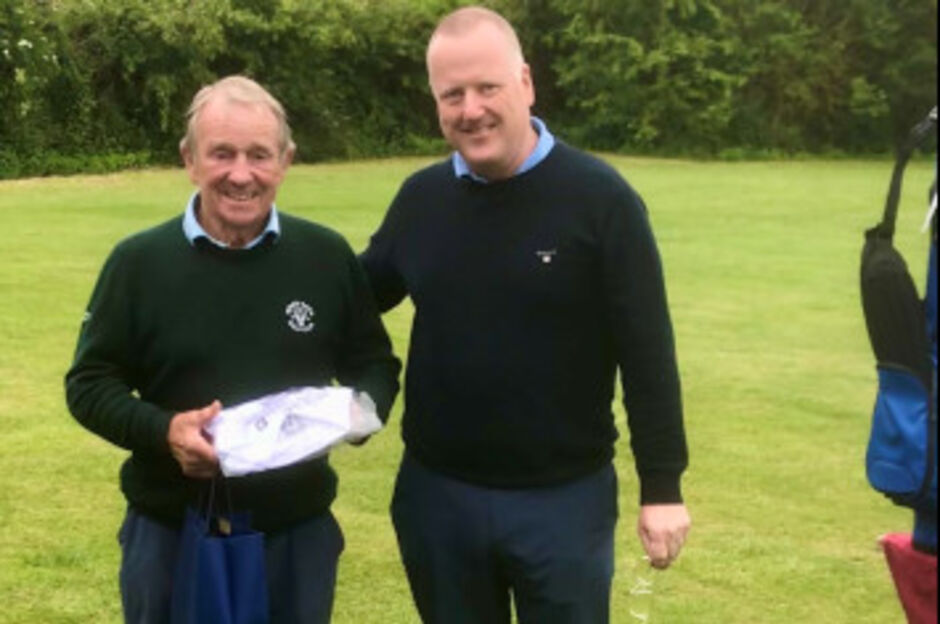